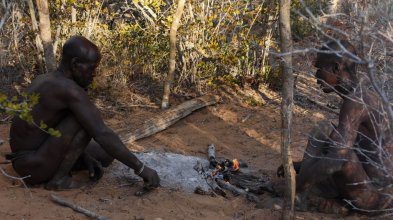 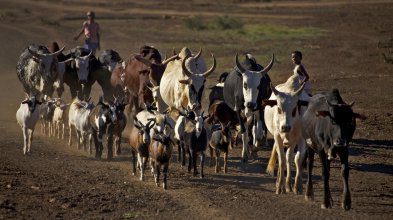 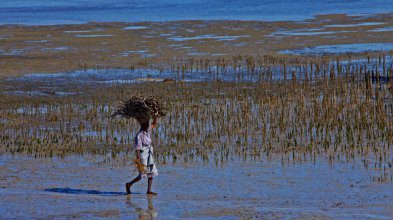 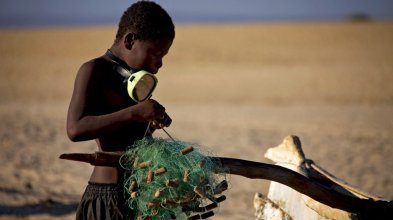 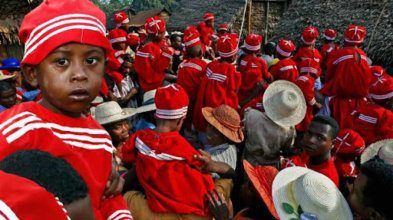 Madagascar is an authentic country because of its endemic fauna and flora, various extraordinary landscapes, sublime beaches but also because of its culture.

Malagasy people usually get up early around 4 or 5 in the morning in the capital and a little later around 6 or 6:30 on the coast to go to bed around 8:30 at the latest 10:00. Thus the working day and the economic activity start very early and end around 17h. Shops, offices and even shops close at this hour. Wearing red clothing is taboo on most Malagasy coasts, so it is preferable not to wear it as a sign of respect.

In Madagascar, the elderly are highly respected, it is an offence to respond to an older person or raise your voice against them. We also have the obligation to greet first the older people or “olon-dehibe”. It is also important to know that for Malagasy, it is taboo to show someone, a place or other with the tip of your finger. To avoid this insult, Malagasy fold the tip of their finger. There are also places where pork is “fady”, so you will not find it in some areas of Madagascar, largely on the coasts.

Rice is the staple food of Malagasy people, we eat it three times a day: morning, noon, evening, every day. We also eat it on holidays: like the “Vary be menaka” for celebration days (rice cooked in the oil of zebu meat) or the “vary tondrahan-dronono sy tantely”(rice cooked and accompanied with honey and milk) for New Year’s Day, also on holidays, or when a divine blessing touches the family. Rice can be white rice or red rice cooked with water and accompanied by “laoka” which is either vegetables or meat or dry seeds.

During any event, festive as the arrival of a newborn, on the day of the engagement, during the “famadihana”, it is mandatory to give a speech or “kabary” relating to each event, the same for moments of sadness or mourning in case of illness or death. This speech is accompanied by a present in honor of the one who offers, this one is usually an amount of money in an envelope and for each event, it has its proper name according to each event: “vodiondry” for the dowry of the woman to marry, “ro-patsa” for newborns, “fao-dranomaso” or “solon-damba mena” for the deceased and “solon-dranomboakazo” for the sick. 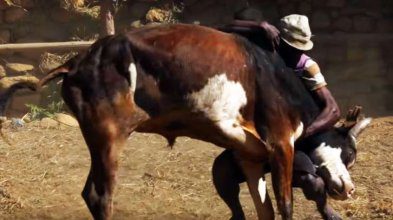 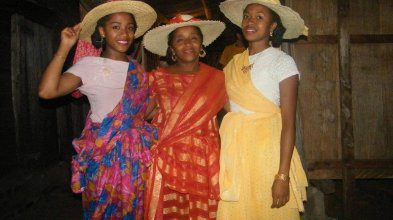 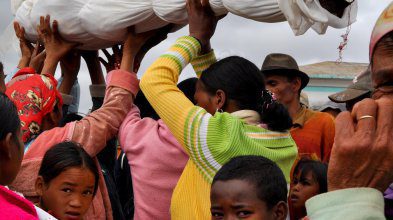 Madagascar is populated by 18 different ethnic groups, which makes its authenticity and particularity with each its traditions, dialect and rituals.

We present you the most famous ones.

In the far north. The Antakarana massif, including numerous caves and Tsingy or limestone rocky peaks, would have served as a providential refuge for the Antakarana people during the many wars and sieges that shook this region of Madagascar. This massif is also an eternal resting place for the first kings of the region and houses their burials.

The big and strong Bara are an ethnic group composed of nomadic pastors who roam the wide open spaces at the head of huge herds of zebus, symbol of wealth and pride of an entire people. The theft of cattle, still topical, is an ancestral tradition. Glorious and courageous act, full of seduction, by which, the “Dahalo” (cattle thief) proves his bravery and thus receives the favors of the beautiful ladies Bara. From an early age, the Bara were introduced to rodeo and the bare-handed struggle called Ringa.

Meaning “who makes happy” or “who makes taboo”, small groups of pastors living in extreme conditions, feeding on wild tubers and having an immoderate love for oxen. They have the cult of the dead and their funerary art, very particular, is characterized by the erection of Aloalo, kinds of carved wooden poles representing scenes of daily life and animals, on the tombs of their deceased. The Mahafaly are very manual and their craft is increasingly known and sought after. They are distinguished in wood carving, goldsmithing and tattoos.

People of Imerina (Antananarivo) and come from Malaysia and Indonesia. The peculiarity of the Merina is the construction of houses in high places to anticipate in advance the attack of the enemies.

They live in the forest and use the forest resources, classified as an entity.
Horticulture and forage maize connect the Mikea with local, regional and global economies. Being Mikea also implies connotations management of primitivism with the social and economic consequences of government, researcher, missionary, and the tourist interest of hunter-gatherers.

Despite the differences between each ethnic group, the official language spoken in Madagascar is Malagasy, spoken and understood by everyone. Sympathy, dynamism and “Fihavanana” are the forces that unite the great island

The “Famadihana” is a funeral ritual very practiced in Madagascar between the month of June and mid-September, on the other hand this tradition is very distinct from the exhumation or Ma’nene practiced in Sulawesi which consists in exhuming, cleaning and dressing the dead. It is considered as a great family celebration that brings joy and blessing to the family. The rite is organized every 3, 5 or 7 years. The celebration lasts two days and the date is prescribed by the “mpanandro” of the family (the traditional doctor). The first day (Andro fidirana) for the preparations: kill zebus to eat, prepare food, put on good music, dance. The second day (famokarana) is the day of the great feast of “vary be menaka” and a lot of alcohol. It is the Feast. Then we go to the tomb animated by traditional musicians. During this celebration, the hatchet is buried, it is also the moment of unification, and especially the husband and his wife are wrapped together in the same “lamba” (white fabric). The families enter the tomb to recover their deceased, each family, wraps the “razana” and puts them on their knees. Everyone dances with their ancestors wrapped on their shoulders and then they are put back into the family tomb. The celebration ends with a « kabary » (thank you speech).